If you answered “yes” to any of these questions…

… to share your story at our January Roundtable meeting.

Plan to use about 10 minutes, and just let Herb, Harry, or Dave know in advance!

One of the more unusual facets of the Gettysburg battlefield is the existence of many rock carvings. Made by soldiers during the battle or by veterans upon their return or by civilians or tourists, rock carvings can be found on many areas of the 6,000 or so acres that encompass the Gettysburg National Military Park.

Looking for rock carvings is an extremely interesting and unusual way to explore the battlefield, but it is also an extremely interesting and unusual way to discover some of the battlefield history that is often overlooked or quickly forgotten, especially of the personal and often tragic stories of soldiers, both Union and Confederate, who left their mark, both figuratively and literally, on this hallowed ground.

Randy Drais, amateur Civil War historian and Battle of Gettysburg buff, looked at many of the rock carvings on the Gettysburg battlefield and the stories behind them.

Born and raised in York, Pennsylvania, Randy Drais developed a keen interest in the Battle of Gettysburg and the Gettysburg Campaign immediately after a 5th grade field trip to that famous Civil War battlefield. A lifelong passion to learn more resulted in his creation in March 2008 of a website, http://battleofgettysburgbuff.com/, for individuals who wish to learn and do more than the average visitor to the battlefield. A companion website, http://battleofgettysburgbuff.net, Facebook page, and a quarterly newsletter soon followed.

A graduate of York College of Pennsylvania with a B.A. in International Studies, Randy has worked in the Pennsylvania House of Representatives, the Pennsylvania Department of State, and the Pennsylvania Senate. Married with two daughters, Randy recently retired on January 1, 2015, and will be able to devote even more time to his main passion, learning even more about the Battle of Gettysburg and sharing that information with others. 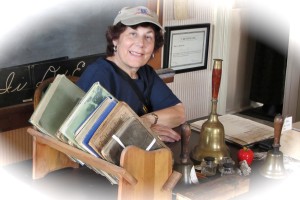