Mark R. Brewer on “Swim, Surrender or Die: The Union Army at the Battle Ball’s Bluff”

The Battle of Ball’s Bluff, fought October 21, 1861, near Leesburg, Virginia, was an early, small battle that left a major impact on the entire Union war effort.

The operation was planned as a minor reconnaissance across the Potomac to establish whether the Confederates were occupying the strategically important position of Leesburg. Brigadier General Charles Pomeroy Stone commenced a raid, which resulted in a clash with enemy forces. A prominent U.S. Senator in uniform, Colonel Edward Baker, tried to reinforce the Union troops, but failed to ensure that there were enough boats for the river crossings, which were then delayed. Baker was killed, and Confederate reinforcements routed the rest of Stone’s expedition.

The Union Army forces under Major General George B. McClellan suffered a humiliating defeat. Although modest by later standards, the losses alarmed Congress, who then established the Joint Committee on the Conduct of the War, a body that would provoke years of bitter political infighting.

Mark Brewer holds an M.A. in U.S. History from Temple University, and taught history for many years at the public school, county college, and university levels. Though his ancestors all fought for the Union, and one was killed at Ball’s Bluff, Mark was a Confederate re-enactor from 1983 to 1990 (nothing to do with politics, rather that Confederate re-enactors are more laid back and a lot more fun!). He has published five books; two fantasy fiction novels and three works of history. His 2019 book on Ball’s Bluff is entitled Swim, Surrender or Die: The Union Army at the Battle of Ball’s Bluff. Mark and his wife Laurie reside in Pitman, NJ. 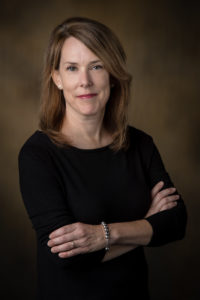