Randy Drais on “William H. Tipton: The Man Behind the Camera” 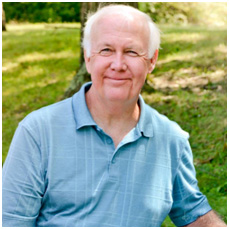 Born and raised in York, Pennsylvania, Randy Drais developed a keen interest in the Battle of Gettysburg and the Gettysburg Campaign immediately after a 5th grade field trip to that famous Civil War battlefield. A lifelong passion to learn more resulted in his creation in March of 2008 of a website, battleofgettysburgbuff.com, for individuals who wish to learn and do more than the average visitor to the battlefield. A “companion” website, battleofgettysburgbuff.net, Facebook page, and a quarterly newsletter soon followed.

A graduate of York College of Pennsylvania with a B.A. in International Studies, Randy has worked in the Pennsylvania House of Representatives, the Pennsylvania Senate, and the Pennsylvania Department of State. Married with two daughters, Randy retired on January 1, 2015 and now devotes even more time to his main passion, learning even more about the Battle of Gettysburg and sharing that information with others. He has also co-authored “Texans at Gettysburg: Blood and Glory with Hood’s Texas Brigade” and is currently working on a second volume.