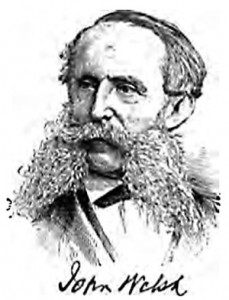 The talk featured a brief overview and history of the United States Sanitary Commission, the growth of the local Aid Society and Sanitary Fair movements, as well as the Great Central Sanitary Fair itself, a huge commission fund-raising event held on the grounds of Logan Square from June 7 to June 29, 1864. It concluded with one of the true highlights of Philadelphia’s immense and important home-front activities, President Abraham Lincoln’s visit to the “great fair,” and our city at-large on June 16, 1864.

Mr. Wunsch, a resident of Philadelphia, is a graduate of Northeast High School and La Salle College. He is a member of the Delaware Valley CWRT, G.A.R. Museum & Library, and the Lincoln Forum, and currently serves as the Secretary of the General Meade Society of Philadelphia, an educational non-profit group devoted to Major General George G. Meade’s memory and service to the nation. Mr. Wunsch has been researching and speaking on this topic for nine years, and has spoken at area venues including the GAR Museum & Library and the Union League, and Civil War Round Tables in Gettysburg, Cape May Court House, NJ, and before the Bensalem Historical Society.