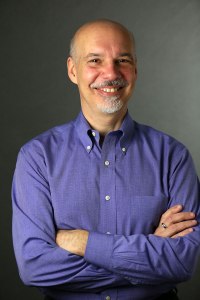 A collection of rare archival images and biographical sketches of the dauntless women who served as nurses and caregivers during the Civil War.

During the American Civil War, women on both sides of the conflict, radiating patriotic fervor equal to their male counterparts, contributed to the war effort in countless ways: forming charitable societies, becoming nurses, or even marching off to war as vivandières, unofficial attachés to the regiments.

In Faces of Civil War Nurses, Ronald S. Coddington turns his attention to the experiences of 77 women of all ages and walks of life who provided care during the war as nurses, aid workers, and vivandières. Their personal narratives are as unique as fingerprints: each provides a distinct entry point into the larger social history of the brutal and bloody conflict. Coddington tells these determined women’s stories through letters, diaries, pension files, and newspaper and government reports. Using identified tintypes and cartes de visite of women on both sides of the war, many of them never before published, Coddington uncovers the personal histories of each intrepid individual. Following their postwar stories, he also explains how the bonds they formed continued long after the cessation of hostilities.

The fifth volume in Coddington’s series on Civil War soldiers, this captivating microhistory will appeal to anyone with an interest in the Civil War, women’s studies, social history, nursing, or photography.

From 2001-2016, he authored Faces of War, a regular column in the Civil War News. Each month, Ron profiled a soldier, and each was illustrated with an original, wartime carte de visite photograph. His subjects were enlisted men and non-commissioned officers, and officers below the rank of colonel. Ron believes that appreciating the role of the volunteer soldier is key to understanding America’s greatest conflict. He writes, “The history of the Civil War is the stories of its soldiers and sailors.”

Ron also wrote for the New York Times Disunion series from 2011-2014. His contributions documented the experiences of the enlisted men and line officers who participated in the Civil War. In 2013, he became editor and publisher of Military Images, a quarterly magazine dedicated to showcasing, interpreting and preserving early American photographs of soldiers and sailors.

Ron has participated as a speaker at numerous Civil War-related events, and at meetings for round tables and other organizations. A 1985 graduate of the University of Georgia, Ron lives in Arlington, Virginia, with his wife, Anne. He is currently an Editor for The Chronicle of Higher Education and The Chronicle of Philanthropy.