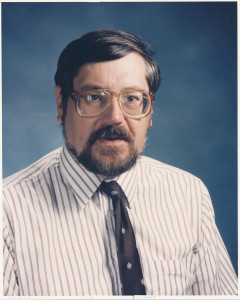 Dr. David Martin sees 1864 as the turning point of the Civil War because of two critical points: the military tide of the war finally shifted fully in the North’s favor, and President Lincoln succeeded in his reelection bid. Dr. Martin will discuss why he believes 1864 was the real turning point of the war, based on analysis of military, political, economic and geographic considerations.

Dr. David Martin is the author of over twenty-five books on the Civil War and Revolution, including Confederate Monuments at Gettysburg, The Philadelphia Campaign, and the award winning Gettysburg, July 1, which was a primary selection of the Military Book Club in 1995. He has also written regimental histories of the 41st New York Infantry, 14th New Jersey Infantry, and Fluvanna (Va.) Artillery. His book New Jersey at Gettysburg Guidebook was recently honored as best New Jersey reference book of the year by the New Jersey Studies Academic Alliance. He is Past Commander of the New Jersey Department of the Sons of Union Veterans of the Civil War, President of the Friends of Monmouth Battlefield, and Vice President of the New Jersey Civil War Heritage Association, besides serving on the state’s Abraham Lincoln Bicentennial Commission and Civil War Sesquicentennial Committee. He is head editor of Longstreet House Publishers and is a teacher and administrator at the Peddie School in Hightstown, New Jersey.