The Scheier Brothers described the contributions of dedicated northern and southern women during the war.

Benjamin and David Scheier, veterans of the Union Army, are composite characters based on actual soldiers’ memoirs, diaries, and other historical records and reflect the experiences and attitudes of soldiers of the era.

The brothers related what everyday life was like, as seen from the perspective of those who served. David told how women served in the Civil War, not always as nurses, but also as women in disguise who fought alongside their husbands. In time, David revealed that “his” name is Sarah, and that “he” is actually Benjamin’s wife, one of the hundreds of married and single women who hid their gender and honorably served as soldiers. Sarah has many tales to tell about women who served as soldiers, nurses, and as spies.

Robert Silverman and Diana Newman, the creators of Benjamin and David Scheier, are Civil War living historians with experience teaching and serving as docents at museums. Robert is a veteran and also serves on the Board of Trustees of the National Guard Militia Museum of New Jersey Foundation. They reside in Long Branch, NJ.

They created the characters of Benjamin and David Scheier for the purpose of presenting history in an easily accessible and historically accurate way. The Scheier Brothers presentations follow several themes, ranging from the everyday lives of soldiers, to the participation of women, and especially New Jersey women, in the Civil War, and also Civil War mascots. The brothers visit in character; punctuated with period photographs, art, and humor. They may even sing a song or two if time permits. 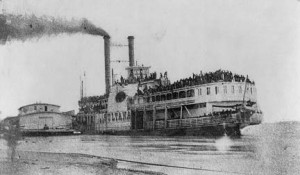