A campaign that was an integral part of Grant’s spring offensive plan of 1864, the fighting in Bermuda Hundred in May of that year is mostly forgotten. Overshadowed by the other battles in Grant’s push to Richmond, the Bermuda Hundred Campaign suffered thousands of casualties. With engagements that started at Port Walthall Junction on May 6, the campaign concluded at the second battle of Drewry’s Bluff on May 16 with over 6,000 casualties in that final battle alone.

It ended with the famous quote on the resulting situation for Union Commanding General Benjamin Butler, that he “was in a bottle . . .the enemy had corked the bottle”. It was also a campaign in which the 9th New Jersey Volunteer Infantry Regiment would suffer its greatest losses of the war. The 9th was the only New Jersey Infantry Regiment in the entire Army of the James. There were also two artillery batteries representing the state of New Jersey.

Walt Lafty is a member of the Old Baldy CWRT and the Delaware Valley CWRT where he is a Board member as well as a member of the Preservation Committee. He also serves as Secretary for the Baker-Fisher Camp #101 Sons of Union Veterans of the Civil War, located in Hatboro, PA. In addition, Walt is the Research Administrator for the G.A.R. Museum and Library in Philadelphia.

Paul Prentiss on “Life in the Army Camps”: A Roundtable Discussion Night 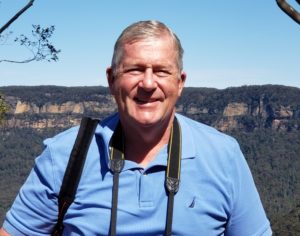 Old Baldy members are invited to participate in an all-hands round table meeting to discuss Life in the Army Camps on Thursday, March 25th. This is an extremely broad topic with so many aspects that everyone should find something interesting to look up and share.

The American Civil War was not a continuous battle. Instead, the majority of time was spent with long monotonous residency in camps punctuated by short periods of the terror and chaos of combat. Due to the nature of campaign goals, Armies could be in the field for several months, or up to a year. One thing Soldiers could always count on was a long outdoor stay in all types of weather.

Hop on the internet, grab that book off the shelf, watch that movie again or find that magazine article. Refresh your memory on your favorite camp interest and share with us in March.

A simple search of Civil War Camp Life brings up a host of items:

Christopher Klein on “When The Irish Invaded Canada: The Incredible True Story of the Civil War Veterans Who Fought for Ireland’s Freedom” 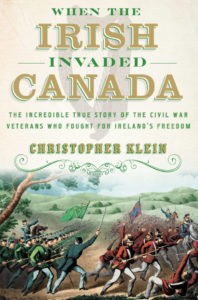 The outlandish, untold story of the Irish American revolutionaries who tried to free Ireland by invading Canada.

Just over a year after Robert E. Lee relinquished his sword, a band of Union and Confederate veterans dusted off their guns. But these former foes had no intention of reigniting the Civil War. Instead, they fought side by side to undertake one of the most fantastical missions in military history: to seize the British province of Canada and to hold it hostage until the independence of Ireland was secured.

By the time that these invasions—known collectively as the Fenian raids—began in 1866, Ireland had been Britain’s unwilling colony for seven hundred years. Thousands of Civil War veterans who had fled to the United States rather than perish in the wake of the Great Hunger still considered themselves Irishmen first, Americans second. With the tacit support of the U.S. government and inspired by a previous generation of successful American revolutionaries, the group that carried out a series of five attacks on Canada between 1866 and 1871—the Fenian Brotherhood—established a state in exile, planned prison breaks, weathered infighting, stockpiled weapons, and assassinated enemies. Defiantly, this motley group, including a one-armed war hero, an English spy infiltrating rebel forces, and a radical who staged his own funeral, managed to seize a piece of Canada—if only for three days. 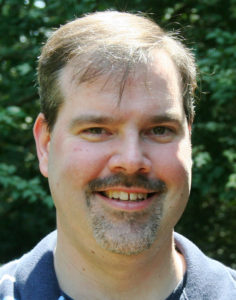 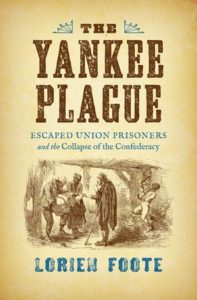 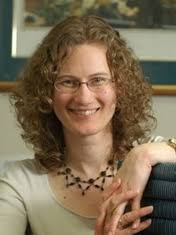