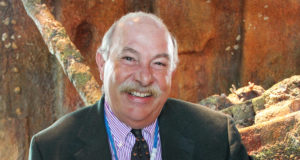 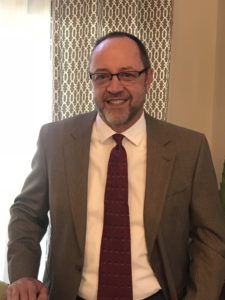 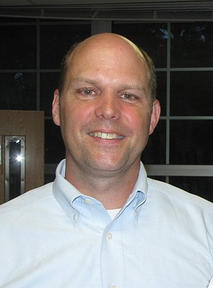 Michael discusses the proceedings and key players of the two-day convention held at the Front Street Theater in Baltimore, including an overview of the National Union Party platform, the re-nomination of President Lincoln, and Abraham Lincoln’s role (or non-role) as master ‘wire puller’ behind the decision to replace the sitting vice-president Hannibal Hamlin with lifelong Democrat Andrew Johnson.

Born in Brooklyn, NY, Michael has been a resident of Philadelphia since 1966, graduated from La Salle College in 1980, and is employed by a Social Services company in Blue Bell, PA. He has been speaking on Civil War topics since 2002 including ‘Abraham Lincoln & the Great Central Sanitary Fair”, “Philadelphia and the Surrender of Robert E. Lee”, and “The Palmetto Flag, A Secessionist Newspaper in Philadelphia”. Michael is a member of the Delaware Valley CWRT, the GAR Civil War Museum & Library, the Lincoln Forum, and is currently the Corresponding Secretary for the General Meade Society of Philadelphia.

Our January meeting is open for members to share items of interest to the Roundtable. Topics can include:

Krista Castillo (via ZOOM) on “The Illustrations of Thomas Nast: Reconstruction, Politics, and Popular Consciousness”

The period of Reconstruction remains a point of contention among scholars, academics, and amateur historians largely due to the biases and opinions passed down through the generations. It is not until we step back and view the period from the context of the time that we can begin to understand the complexity of the issues involved. The illustrations of Thomas Nast, prominently displayed in Harper’s Weekly, reveal popular attitudes towards Reconstruction politics and emerging radical ideologies. In 1864, Nast played a major role in the presidential election. During the turmoil of the Reconstruction period, Nast revealed the corruption of New York City’s Tammany Hall, which led to the toppling of Boss Tweed.

Although Thomas Nast’s reputation as an illustrator, caricaturist and political cartoonist faded into obscurity over the past one hundred years, most Americans easily recognize the symbols he created such as the Democratic Donkey, the Republican Elephant and the most popular representation of Santa Clause. Nast’s deeply rooted convictions and skill transformed his pen into a weapon poised to eradicate injustice, characteristics that remain unmatched in his craft to this day.

Krista Castillo, a native of Northeastern Ohio, came to Fort Negley as the Education Manager in 2008. In 2010, she was promoted to Museum Coordinator and Site Manager. Krista holds degrees from Mount Union College (B.A., History) and Austin Peay State University (M.A., Military History). In addition to completing internships at the William McKinley National Memorial and Museum in Canton, Ohio and at the Don F. Pratt Museum at Fort Campbell, Kentucky, Krista’s professional experience includes serving as registrar at the Customs House Museum and Cultural Center in Clarksville, Tennessee and as a receptionist at the Pro Football Hall of Fame in Canton, Ohio. Krista has served as president of the Nashville Civil War Roundtable since 2009 and as a book reviewer for Civil War News since 2016. In March 2017, she was profiled by the Emerging Civil War blog in honor of Women’s History Month. Krista resides in Clarksville, Tennessee. 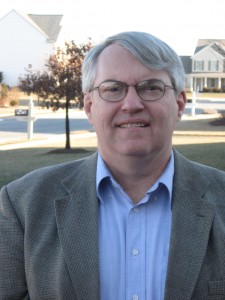