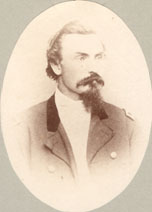 We met Civil War Brevet Brigadier General Elias Wright (1830-1901), a Captain in Company A, 4th New Jersey Volunteer Infantry Regiment, who fought in the Peninsula Campaign, Second Bull Run, South Mountain, Fredericksburg, and Chancellorsville, and who went on to serve as Colonel of the 10th United States Colored Troops at the Battle of Fort Fisher. Betsy described his contributions to South Jersey, including his 30-year collaboration with Joseph Wharton that resulted in his comprehensive survey of the initial 96,000 acres that formed the nucleus of today’s Wharton State Forest, the state’s largest forest. Originally a native of Durham, New York, he married Julia Ashley of Port Republic in 1855, lived in Weymouth Furnace, Elwood, Batsto, and finally Atlantic City where he died.

Betsy Carpenter, a long-time resident of New Jersey’s Pinelands National Reserve, has served as Public Programs Coordinator for this State’s Pinelands Commission, and today continues as a historic researcher and freelance writer. 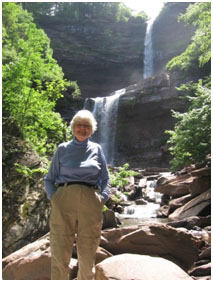 Bill Jenkins on “The H.L. Hunley: First Submarine to Sink an Enemy Ship”

H. L. Hunley was a submarine of the Confederate States of America that played a small part in the American Civil War, but a large role in the history of naval warfare. Hunley demonstrated both the advantages and the dangers of undersea warfare. She was the first combat submarine to sink an enemy warship, although Hunley was not completely submerged and was lost at some point following her successful attack. The Confederacy lost 21 crewmen in three sinkings of Hunley during her short career. The submarine was named for her inventor, Horace Lawson Hunley, shortly after she was taken into service under the control of the Confederate Army at Charleston, South Carolina. END_OF_DOCUMENT_TOKEN_TO_BE_REPLACED 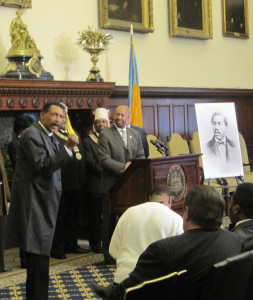 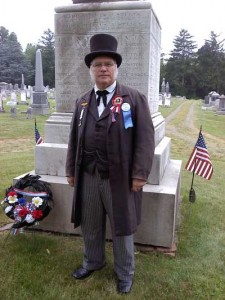 END_OF_DOCUMENT_TOKEN_TO_BE_REPLACED

The Gloucester County Historical Society will be presenting Paddy Has Gone for a Soldier on Thursday, January 23, 2014, at 7:00 pm in the museum. This unique musical program will be performed by Mike Plunkett, a member of the Libby Prison. The program will consist of songs and stories of Civil War Soldiers, with particular emphasis on the Irish Brigade. Mike has performed this same program at Gettysburg National Park and the National Museum of the Civil Was in Harrisburg, among many other venues.

Admission to the program is $5 per person, members free. Please call the museum ahead to reserve a seat: 856-848-8531. Admission includes an optional tour afterward of the museum’s current exhibit: The Civil War: Echoes of New Jersey’s Finest. The museum is located at 58 N. Broad Street, Woodbury, NJ 08096. Free parking is available on site.

The David Library is partnering with the National Endowment for the Humanities (NEH) and The Gilder Lehrman Institute of American History to mark the 150th anniversary of the Emancipation Proclamation by presenting Created Equal: America’s Civil Rights Struggle, a month-long program designed to encourage citizens to revisit the history of the civil rights movement, and to reflect on the ideals of freedom and equality that have helped bridge deep racial and cultural divides in the United States of America.

Sponsored by the Union League of Philadelphia

Civil War military units, civilians, and heritage groups are welcome and encouraged to march in the parade through Philadelphia to Independence Hall to honor President Lincoln on his birthday. Participants will gather in the McMichael Room of the Union League, 140 S. Broad St. by 11am.

Convenient FREE parking available for participants near the Union League prior to 10:30am.

Color Guards, Firing Party, music, and wreaths are appreciated. There will be a complimentary lunch for the participants at 12 noon. After the parade ALL are invited to return to the League via coach for refreshments in the historic Meredith Café. To register: Contact: Dr. Andy Waskie. 215-204-5452;

Featuring noted historians Ralph Peters and Tom Huntington, other speakers, and authors on General Meade and the Civil War, as well as books, prints and raffles. Cost: $40 per person including registration; luncheon & refreshments.

Corner of 6th & Lombard Streets, Philadelphia, PA at 11 AM

Pennsylvania National Guard Award Ceremony to follow at 1:00pm in the Union League for the Major Catto Medal Awards Ceremony